Years After Sommore Told Why They’re Not Close: Her Sister Nia Long Finally Spoke Out About Her

For decades, they both developed their brands on their own. Majority of their followers were unaware of their sisterhood throughout it all. Nia Long, an actress, is 51 years old, and Sommore, a comedian and actress, is 55.

Both are legendary in their own right, but only Sommore had publicly discussed their shared ancestry when I Love Old School Music revealed it in 2016. Her big sister once stated why she personally dislikes talking about Nia in public, 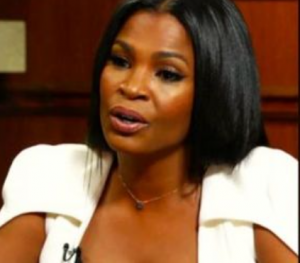 though it’s unknown why Nia hasn’t revealed this since then. To finally inform her followers that Sommore is in fact her sister, the Boyz N’ The Hood veteran had to wait till years later. Nia Long paid tribute to Sommore in 2019 on Instagram (in a post that she has since removed), writing,

“The funny one in the family. @sommore #mybigsistergotjokes,” and sharing a side-by-side photo of the two women. Of course, a lot of her fans were, to put it mildly, astounded. Sommore was the first of the two siblings to discuss Nia in public, as we previously mentioned. 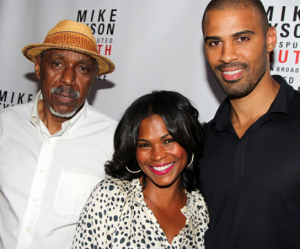 She also revealed some intriguing details regarding their relationship’s dynamics at the time. Here’s what we said previously. Most fans undoubtedly picture the Braxton sisters, Tia and Tamera Mowry, or perhaps Phylicia Rashad and Debbie Allen.

when they think of the ties between black superstar sisters. But when it comes to Nia and Sommore, it isn’t exactly the case. It was believed for many years that the two women were rival siblings, but there is a lot more to the story than that. 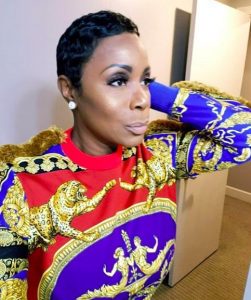 Although officially biological sisters, Sommore claimed in an interview with Divine Martino that she and her sister “aren’t sisters”. Sommore acknowledged that she and Nia had different upbringings. She disclosed that although they are friendly and speak to one other in public, they are not close.

She originally hid the fact that Nia was her sister from the interviewer because she wanted to advance her own career independently of Nia’s well-known sibling. Sommore was questioned about whether or not she receives inquiries concerning Nia.

They appear to have received their inventive, entertaining nature from their pops, Doughtry “Doc” Long, a well-known poet and author of “Timbuktu Blues” and “Rules for Cool”. Doc also taught literature and creative writing for many years at Trenton Central,

which is located in Trenton, New Jersey. I have a feeling Doc Long is very pleased with the accomplished women that both of his daughters have become.